Unlike many other popular pets, dogs are not solitary animals, they thrive in a pack environment, either with other dogs or with human companions.

Dogs, if left at home for long periods of time, can become distressed or bored and bark both loudly and frequently.

They may also become territorial and agitated by passers-by and other animals.

While it’s normal for dogs to bark, it can upset or annoy your neighbours when it happens often or goes on for a long time.

Below you’ll find practical and actionable steps you can take to stop a dog from barking excessively when it’s left alone at home.

Who Created This Guide and Who is it For?

This page was created by our admin, Daniel, who has experienced problematic barking from a neighbour’s dog.

The guide is targeted to both dog owners and neighbours who are experiencing excessive dog barking from a nearby property.

What to Do If Your Neighbours’ Dog is Barking Excessively

The first step is to keep a diary of when the dog barks and how long it lasts.

Also, if possible, try to note anything you feel may have triggered the barking. It could be the postman, doors slamming shut or people walking past the street etc.

If possible, use your phone or a camera to record both audio and video of what you hear both inside and outside of your home.

Dog owners aren’t always aware of how much their pet barks when they’re away from the home. Having some proof will help you explain how bad it is.

Speak to your other neighbours and ask if they’ve noticed excessive barking and if they’ve complained.

How to Complain Informally – And Get Results

As a general rule of thumb, it’s best to speak to the dog owner informally about their pet’s barking rather than going directly to the authorities with a formal complaint.

There is a good chance the dog owner didn’t realise how bad it is and will want to try and resolve the issue.

You may even find the dog owner is concerned about the welfare of their own dog – they simply may not have realised how distressed it gets when left alone.

Below you’ll find some practical steps you can suggest to the dog owner. Ask them to implement the ones that are relevant and suggest a meetup in a week’s time so you can let them know if things have improved.

It’s at this stage you’ll know if the dog owner is keen to co-operate or just doesn’t care.

Obviously, if they don’t care and are dismissive of the concerns you’ve raised, the next step is to make a formal complaint to the authorities, however, this should be backed up with audio and video evidence, letters from neighbours and also a diary.

How You Can Stop Any Dog From Barking Excessively [Practical Steps]

Below you’ll find actionable steps you can try.

Not all of these will apply. First, you should try to understand all of the “triggers” that are causing the pet to bark.

Dogs just seem to have a thing for postal delivery men and women don’t they?

This is most likely to due to the fact that from a dog’s perspective, the postman is a threat to the home. After all, why else would someone come up to the door and rattle it?!

Here are two things you can do to stop a dog barking at the postman:

If you seal up the letterbox and fit a postal box outside the home, your dog won’t be disturbed and won’t think its territory is being violated.

You can install a postal box to any wall away from the front door, on a gate at the perimeter to the property, or onto a post anchored to the ground.

This is a cheap and easy way to stop a dog from being disturbed by postal deliveries. 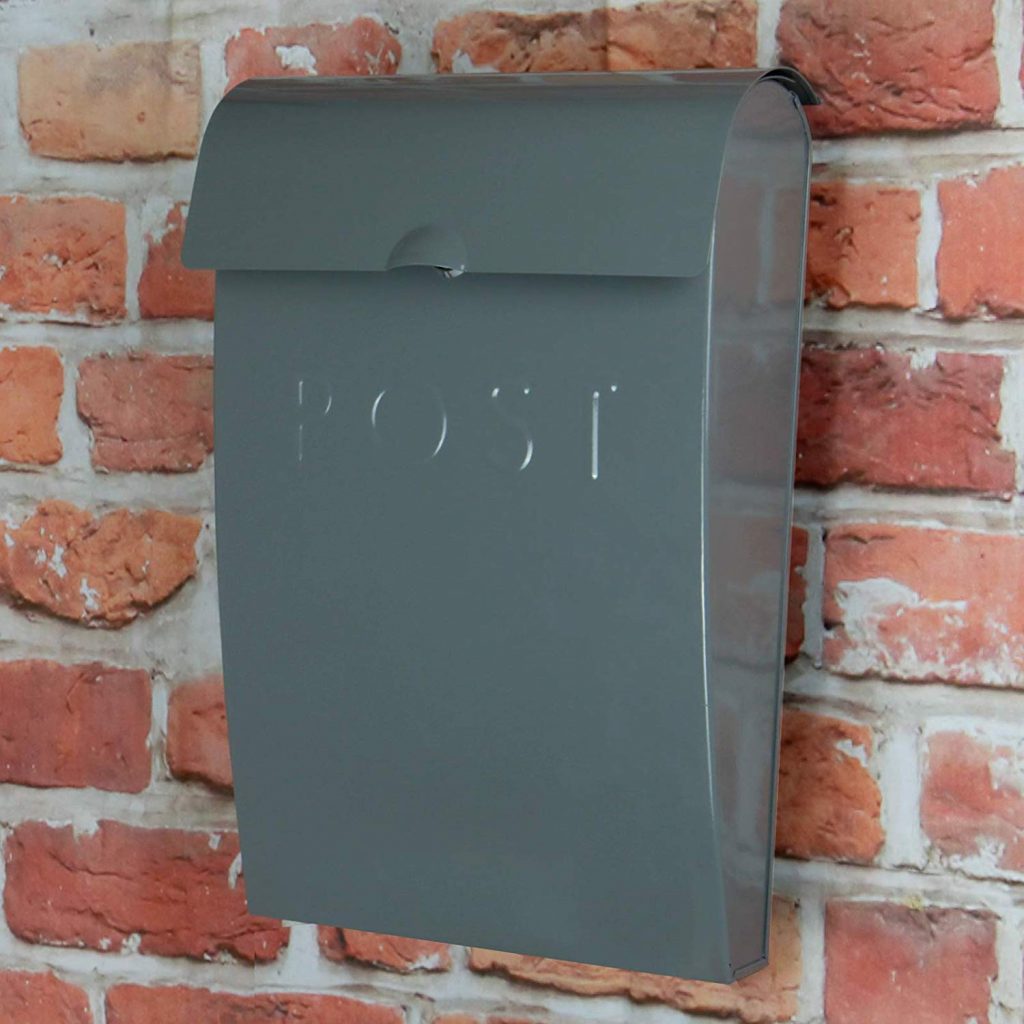 If people walking past the front door is disturbing your dog, cover the door with a curtain, sheet or other similar material, this can make a big difference.

A curtain and pole isn’t expensive and is easy to install.

If the door has lots of low-level glass panels, consider replacing it with a solid door containing only upper-level glass.

Read: According to the UK’s Royal Mail service, there were over 2600 dog attacks on staff during 2018 and 35% of bites were through the letterbox.

2) Stop Noises From Disturbing the Dog

If the dog is left alone for long periods, it will likely stay alert and will act to protect its environment.

Put yourself in your dog’s position; if you had a natural instinct to protect your environment and you were left alone for hours each day in a silent home with noises and triggers, you’d probably bark too!

Barking is a dog’s natural way of warning off intruders. If the dog doesn’t sense any intruders, it’s less likely to bark.

As an example, here are just a few noises near the home that are likely to trigger a barking session:

Here’s what you can do to stop a dog from being startled by noise:

Triple glazing windows are a great way to soundproof a home, the amount of noise entering the home will be much much lower than a standard single-paned glass window unit.

2) Leave the Television or Radio On

If minor sounds are acting as a trigger for the dog, block them out with some background noise, a television or radio are perfect.

Hollow walls allow more noise to pass through from the street into the home.

Cavity wall insulation doesn’t just keep the home warm, it also acts as a sound barrier and can make a big difference.

3) An Energetic Dog Can be a Noisy Dog

If your dog is barking a lot when you leave it alone, try changing your walking routine. A tired, sleepy dog will be less alert and less likely to bark.

A good idea is to walk your dog just before you leave it alone at home. An energetic one hour of exercise in the morning is usually enough for an average-sized dog.

You could also ask a friend or relative to walk your dog during the day as well.

There’s also plenty of dog walkers that you could pay to walk your pet when you are out.

It isn’t easy to teach an old dog new tricks but with enough effort and time, it’s certainly possible.

Puppies are easier to train and as a result, you may find the best technique is to reward good behaviour, for example, when the dog stops barking at your command, you should reward it.

Dog training is a detailed subject and is outside the scope of this article, but there are plenty of books and videos to help you.

The Dogs Trust has published a series of training videos and is a great place to start.

Dog Barking and the Law

The law in the United States will depend on the statutes in each given state.

In general, any noise that is persistent and disturbs a neighbour can lead to a court appearance.

Novo has some examples of fines and penalties for owners of noisy dogs.

In the United Kingdom, the law considers excessive dog barking to be a noise nuisance and the courts deal with in the same manner has excessive loud music, all night parties and other events that cause disruptive noise.

The county council will usually handle all dog barking complaints. They will either employ a contractor or dog warden to investigate reports of excessive dog barking.

Not sure where to start? The UK’s governments central website is the best place for UK residents to start.

Loud and persistent dog barking can be very upsetting for neighbours but the dog owner may not realise how bad it is, especially if they are out at work all day.

There are steps the owner can take to reduce the number of triggers the animal senses and a tired dog is less likely to bark.

Dog training can help with behavioral issues and will likely boost the animal’s confidence, especially around strangers and sudden noises.

The best approach is to try and work with the owner to resolve the situation amicably, giving them regular feedback on any steps that they’ve implemented.

This guide was created by Daniel at job-prices.co.uk and forms part of our pet section.

How much does it cost to keep a dog for its entire life?

What is the average cost of kenneling?