I recently had an issue with my Glow Worm Flexicom 12hx boiler which led to fault codes F4 and F22 being displayed on the screen.

The solution was simple and only took me about 1o minutes to fix. Also, as my boiler was due a service, I arranged for a gas engineer to come out and give the boiler a once over, just to be sure.

I’m pleased to report that the issue has been resolved, no more F4 and F22 fault codes and the boiler is running smoothly again.

For those of you not in the know, here’s what those two fault codes mean:

The Problem With My Boiler

My Glow Worm Flexicom 12hx boiler first stopped producing warm water in the morning and it was also making some unusual sounds and vibrations, which I’ve never experienced before.

I checked the boiler and first noticed the F4 error code. As this was the first time I’ve seen any errors, I pressed the reset button and restarted the boiler, all seemed well for about 10 minutes.

Then I noticed there wasn’t any hot water at all, at best it was lukewarm.

Upon checking the boiler I could see an F22 fault code and could also hear some strange knocking sounds.

Time to “Phone a Friend”

I’ll be honest with you, I know nothing about gas boilers and as a general rule of thumb, I leave repairing them to gas engineers.

However, as I was busy and really wanted that warm soak in the bath, I phoned a friend who works for British Gas and we discussed the issue.

Here was his response:

I see this is all the time.

Go and check the condensate drainage pipe, they often get blocked and the water backs up into the boiler, flooding the system.

If you’ve no idea what a condensate pipe looks like, here’s a photo: 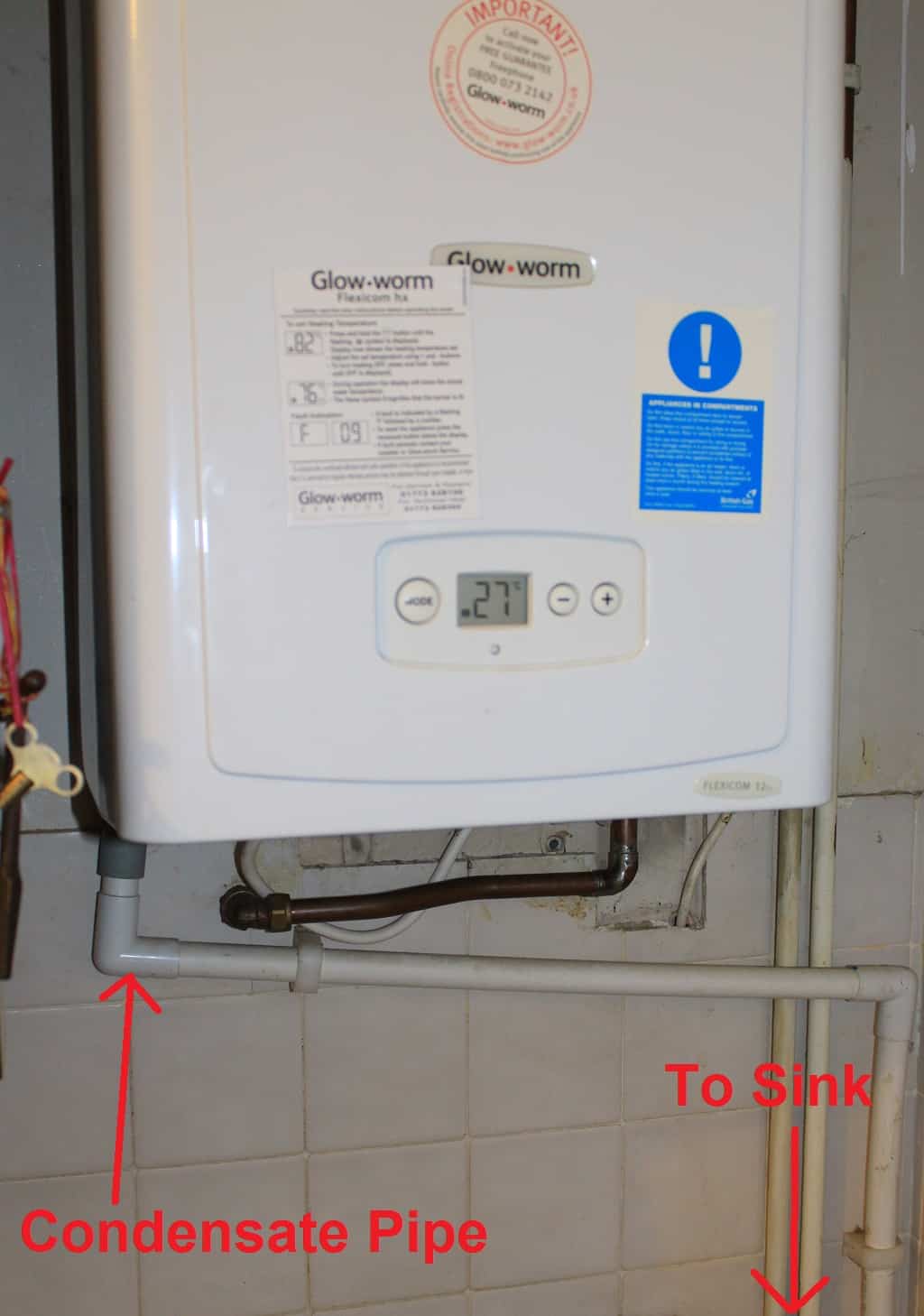 Here’s another photo, this one shows the pipework under my sink.

Take note of the creative bends and angles the plumber created to get the pipe into the drain.

This is where my pipe was blocked, it only took 10 minutes to dismantle the section, clean it with an old toothbrush and then reassemble the parts. 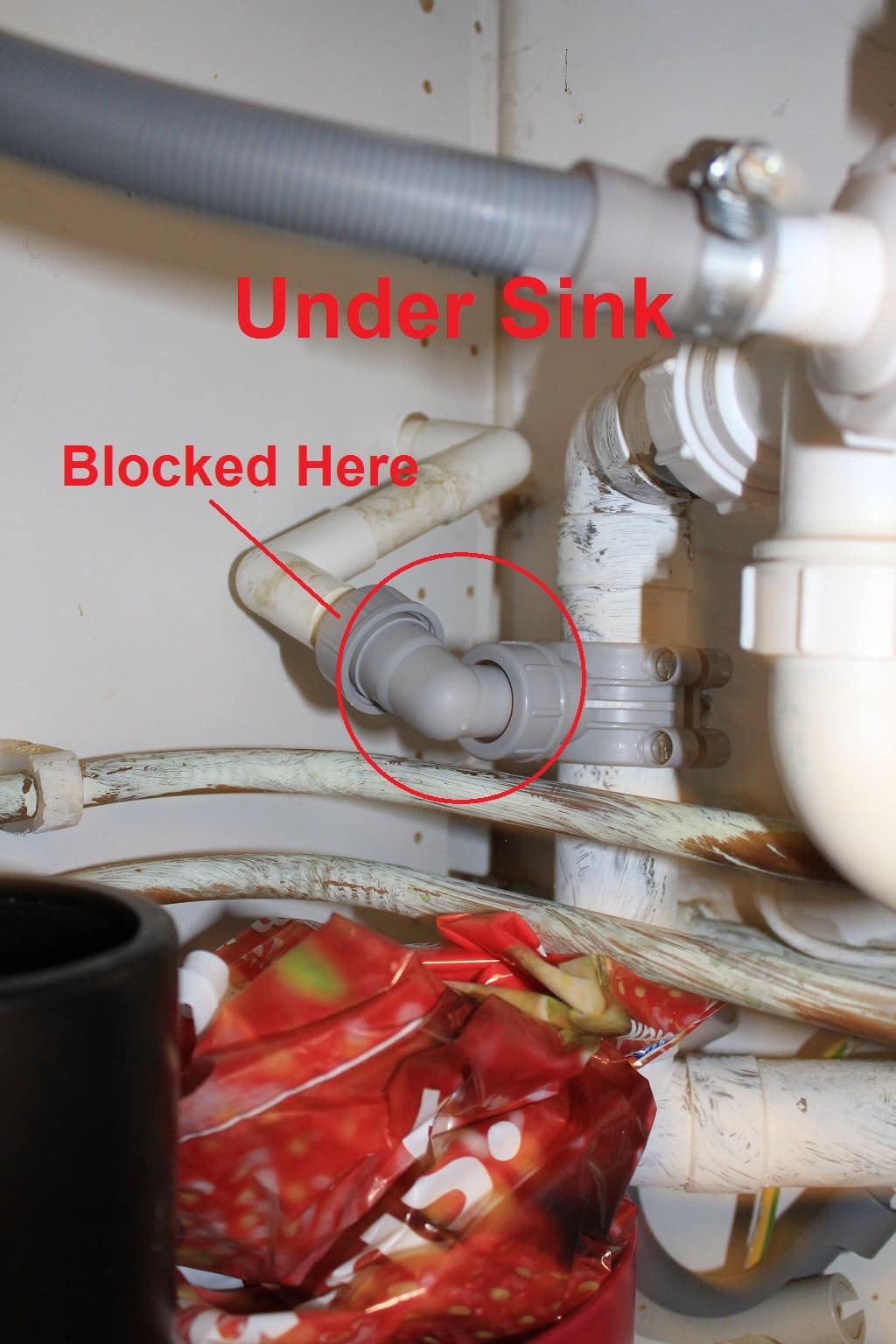 The most common places for the condensate pipe to discharge are under the sink and into a waste/sewer pipe, although I have seen them piped outside to a rainwater pipe a few times.

The F4 and F22 fault codes were triggered by a simple blockage that was quick and easy to resolve. Also, as the issue was outside of the gas boiler, there was no need to get a Gas Safe registered engineer to fix it.

Obviously, there could be several other reasons why a Glow Worm Flexicom boiler may start displaying the F4 and F22 error codes but now I’ve had some time to read through various web forums, I see this is a common issue.

Is It Cold Outside?

If your boiler stops working when it’s freezing cold outside, then perhaps the condensate pipe is frozen?

Some condensate pipes discharge outside (instead of into the sink drainage) so they could easily freeze in cold weather.

You can melt a frozen condensate pipe by gently pouring warm, but not boiling, water over it.

This is such a common issue during the winter that British Gas created a helpful video explaining how to thaw a condensate pipe:

If the pipe keeps freezing again and again, you could ask a plumber if its possible to redirect the pipe into an internal waste pipe, ie under a sink.

If you would like to get a quote for repairing or replacing a boiler from our preferred partner, hit the button below and fill out the form, it only takes a few moments to get the ball rolling.