The battle against the mighty garden slug continues but we’ve got some good news for you.

On this page, you’ll find an awesome list of 7 ways to either kill, prevent or deter this slimy menace from causing havoc in your garden.

This guide contains a mixture of natural products, chemicals and some nifty tricks that actually work.

When preparing for a war, it’s always prudent to do some research on the enemy. 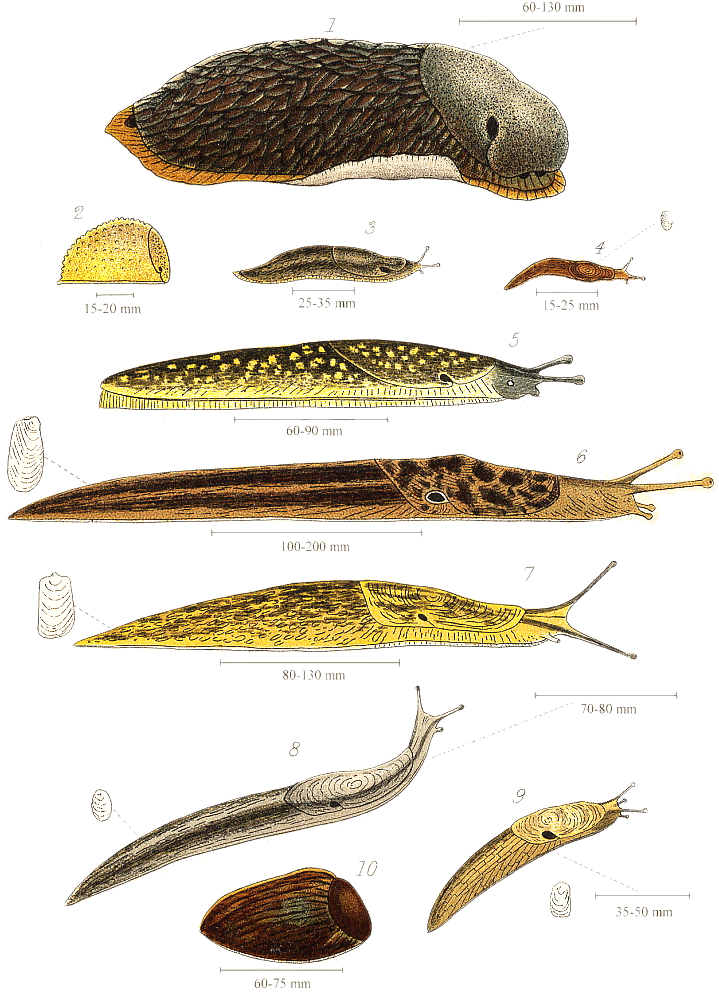 95% of the slug population is underground. At any one point in time, only 5% of them are to be found on the surface.

The UK is home to several carnivorous slugs but don’t worry, they prefer snails, tiny worms and other slugs. We’ve never heard of them devouring a human or a pet.

Slugs can lay hundreds of eggs each year, usually in clusters of up to 30. The eggs can also lay dormant for several years and will only hatch when the conditions are right.

Some slugs live for up to 6 years although when I find one, their life expectancy reduces to about 5 seconds.

Slugs are most active when the temperature is above 5° and they love wet weather, hence why we have so many of them here in the UK.

Slugs dislike hot and dry conditions, hence why we see them more often in the spring and autumn.

There are over 40 different species of slug, that’s the bad news. The good news is that the methods on this page work well on all of them.

7 Ways to Get Rid of Garden Slugs

Below is our guide to preventing slugs from ruining your garden.

You will probably need to try more than one product at a time:

Nematodes are one of the most effective natural ways to kill off slugs in the garden.

These microscopic and parasitic worms dig into the soil and are then eaten by the slugs. 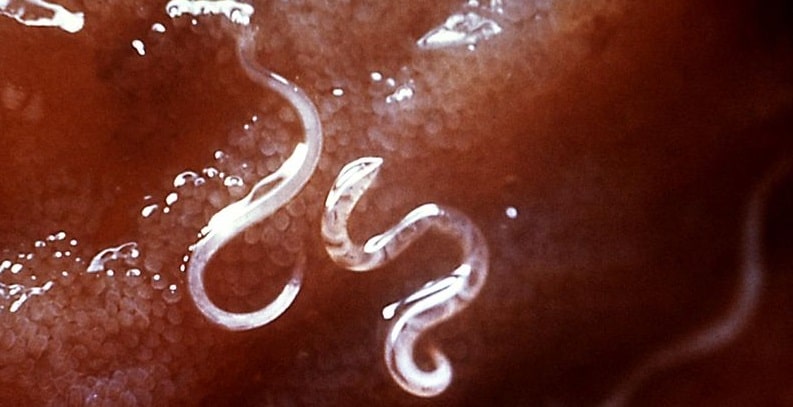 The worms kill off the slugs and slowly consume them, this usually happens underground. The nematodes then lay eggs in the slug carcass which leads to more worms being created.

Nematodes are pet and child safe and you can eat fruit and vegetables from the garden at any time, these tiny worms are so small you can’t see them and they occur naturally in every part of the UK.

Nematodes are incredibly easy to introduce, you can purchase a small packet online and they contain up to 12million worms, you then just add them to a watering can and introduce them to the garden.

Fruit and vegetable gardeners have been using nematodes effectively for years to protect their crops.

Here are the key points:

This method is perfect for those of you that have raised flower beds or vegetable gardens with a perimeter.

You’ll need some basic DIY skills, some wire and of course a low volt battery, such as the square 9v version sold in most UK shops.

Rather than providing you with instructions, we’ll just post this video here.

As you can see, it actually works:

Salt and slugs don’t mix, in fact, the salt will dry them out and kill them quickly.

Salt isn’t the most humane method but is one of the most effective ways to kill the slimy pests.

The problem is rainfall, water dilutes the salt to the point where it’s ineffective.

We suggest you try rock salt on hard surfaces, preferably on dry days and keep it well away from any sensitive plants.

This method is often used by those who are uncomfortable using pesticides in their garden.

You can buy 25kg of rock salt for as little as £16 and they’re sold in many shops and DIY stores. 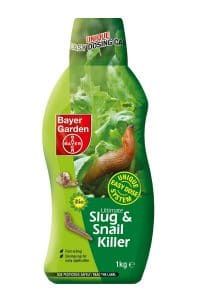 I’m not a huge fan of using pesticides in the garden, especially where fruit and vegetables are grown or if children and pets use the area.

The pellets often found on DIY store shelves usually contain metaldehyde which at low doses is only mildly toxic to birds, hedgehogs and other animals. Unfortunately, at higher doses (more than one pellet every 4 sq inches) they can cause considerable harm and death to wildlife.

Homeowners and gardeners rarely follow the instructions and more often than not, too many pellets are used.

The only time I would consider using these pellets is near pots and troughs that contain expensive plants and only when pets and children don’t use the garden. I wouldn’t recommend using them as a general slug killer to be used all over the garden.

If you must use pesticide pellets, late February or March is the most effective time of year. As the temperature increases, the slug population grows and using the pellets early in the year can limit their capacity to breed. During this time of year, children are less likely to be playing in the garden too.

Update 2022: These pellets are organic so won’t cause harm to birds and other animals.

5 – Introduce Natural Predators to the Garden to Kill Slugs

We’ve already written about nematodes and how they’re very effective at controlling the slug population.

Unfortunately, they migrate out of the garden within 6-8 weeks and need to be replaced.

Another option is to introduce other predators to the garden.

While the list below isn’t exhaustive, it should give you a few ideas:

Ponds will attract frogs and toads, while log piles, bark mulch and piles of large stones are perfect places for beetles, worms, mice and even small hedgehogs. 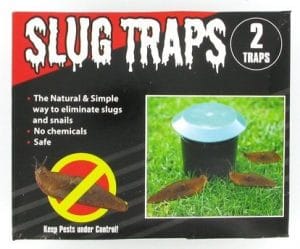 Slugs are attracted to beer, well it’s actually the yeast in the beer, they find it irresistible.

You can easily make your own DIY slug traps or buy pre-made versions online.

Once set in place, the slugs get caught in the trap and drown.

This method doesn’t involve any harmful chemicals, is cheap, easy to set up and the traps can be used again and again.

There are many plants that slugs seem to ignore.

Slugs rarely destroy evergreen shrubs, ferns or grasses, so consider those too.

If your garden is infested with slugs, you should avoid watering the plants or lawn in the evening. Slugs avoid direct sunlight and prefer to come out at night, if the ground is wet all night you’ll only attract more slugs.

Try watering in the morning instead.

Ideas That Don’t Work Against Slugs

Copper has been touted as a material that can prevent slugs from entering a specific area. Even though there is no scientific evidence to prove this claim, that hasn’t stopped hundreds of sellers on Ebay, Amazon and other websites from making and selling everything from copper wire to pots, strips and tapes.

Garden Myths has largely debunked the theory, at best, copper is little more than a mild and weak deterrent.

Copper isn’t cheap either, so we think this should be the last thing you try, if all else fails.

There are many other websites claiming that rough or prickly surfaces deter slugs.

The truth is a rather different story.

The way slugs move, by hovering above a layer of slime, allows them to traverse over any sharp object.

Grit will only work if it contains salt.

If you’re trying to rid your garden of unwanted visitors, make sure you also check out our guide to deterring foxes.