This page is part of our new blog and is all about house extensions and the roles of architects and structural engineers.

We recently updated our price guide for house extensions in the UK and also created an informative article titled 6 major home improvements you can do without planning permission.

On this page, we’ll explain what architects and structural engineers do, the differences between them and also how much they charge for house extensions in the UK.

The Oxford Dictionary describes an architect as:

and the Merriam Webster Dictionary describes a structural engineer as:

Well, those descriptions sound very much the same to me. So what’s the difference between the two?

The role of an architect is to take a broad idea of a customer or artist and turn it into reality. They focus on the aesthetic side of the build but also ensure that the finished project will be practical and will gain planning permission and Building Regulations approval.

This is done via a series of steps:

For house extensions, the main role of a structural engineer is to calculate the weight of the structure and specify the correct steel beams and other supporting elements of the build. This often includes the foundations, how wide, deep and whether they need reinforcements or piling.

For most small projects, the work of a structural engineer is fairly straightforward and doesn’t cost much. In fact, many architects can do the same work.

For more complex projects, such as multi-storey extensions, basement extensions or builds where supporting elements are being relocated, the services of a structural engineer are essential.

The role of an architect is to design and sometimes oversee a project that turns a customer’s broad idea into a practical, safe and aesthetically pleasing reality that meets all planning and Building Regulation requirements.

A structural engineer’s job is to ensure the proposed structure is safe and supported correctly. The engineer will take into account all the materials to be used in the build, the location of the site, the weight of the build etc and then calculate exactly which supporting materials should be used.

There is considerable overlap between the roles of an architect and a structural engineer and they often work together to make a project possible.

Two Examples of Where Architects and Structural Engineers Work Together:

If you were planning a large house extension in your rear garden, the architect will create the drawings and specify where the supporting steel joist will be placed, but the structural engineer will calculate the size of the joist and this will be based on the weight of the structure above the joist and the length of the opening it covers. If the architect cannot specify a joist that fits in with the design by the architect, they work together to create a solution, this could be, for example, adding an extra supporting wall or pillar or using different materials.

If your extension was located on ground that slopes away from the house, the architect will specify where the foundations are to be located but the structural engineer will decide how deep they should go. 1.2 metres is the norm, but for ground that slopes away or soft soil, 2 metres could be specified. In extreme circumstances, the structural engineer may decide that piling deep into the ground is the only way to ensure a sound foundation.

How Much Do Architects Cost?

For most typical house extensions the cost of an architect will be between 9 and 13 percent of the entire build cost. So for a two-room extension costing around £30,000, you’ll be looking at architect fees of around £3000.

If you only want a set of drawings and would like an architect with a “hands-off” approach, then you’ll pay less but there will be fees for any alterations to the plans. You’ll also have to liaise with the structural engineer, Building Control and planning office yourself. These steps are usually done by the architect and while the planning/building fees are paid by you, it’s the architect that does all the paperwork and this often involves revisions. Architects rarely draw up detailed drawings and get deeply involved with a project for less than 5% of the build cost, although it has been known to happen on occasion.

How Much Do Structural Engineers Cost?

For most straightforward house extensions the role of an engineer is usually limited to the depth and type of foundations and the size of the steel joists. Expect a set of calculations to cost in the region of £275 – £375.

For more complex projects such as basement extensions, expect to pay between £1000 and £1500. Prices can go much higher, depending on the project. 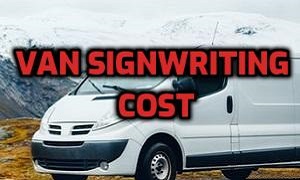